Confession:  A few weeks ago, I watched Million Dollar Listing: New York with my wife. The episode (S2E4  originally aired May 29, 2013) featured real estate agent Ryan Serhant taking on a listing for a penthouse unit. The owner placed some rather unreasonable restrictions on how the property could be marketed, including no showings or open houses. The parties barely came to an agreement to allow a video of the property to show prospective buyers.

What followed made for some pretty interesting television (even if it was scripted and staged).  Serhant and his videographer did not shoot a traditional property video showcasing the features of the property. Instead, they conspired, supposedly without the owner’s knowledge, to film a music video for Mary C and The Stellars in the apartment.  The theory was that the end result would be a win-win.  The musicians had a cool backdrop for their video and  Ryan could use that video to market the property.

The million dollar question, no pun intended, of course, is whether or not the video is an effective tool from a real estate point of view. Admittedly, the video doesn’t actually show much of the property, but the intent is not a room by room tour. Instead, as they say so often in the Million Dollar Listing franchise, it is the lifestyle that is being marketed.

The penthouse plays a subtle role in the video. But as a marketing tool it demonstrates a few different lifestyle perspectives that would appeal to potential buyers.

The video opens with a stunning view of New York. The view is a huge selling point of the property and figures prominently in future scenes.

Throughout the video we see the band jamming in the living room (it is a music video, after all). The message here is that it is a great space to throw a party. There is enough room for a gathering of friends (or a horn section).

We see the couple in what appears to be the bathroom. They could be getting ready for the office or for a night on the town. From a real estate perspective, it shows that the room is large enough for two people to occupy it at the same time

And I think when most people look at any property, they try to picture where they would have their morning coffee or tea….

The playful snapshot session in the bedroom upset the seller greatly. Remember, he did not want anything in the apartment touched and here they are, cavorting on his bed. So, what does it have to do with real estate? At the very least it shows that the bedroom is big enough for a very large bed. And again, there’s that “imagining yourself in the space” thing.

Mary C and the Stellars had the added benefit of exposure on Million Dollar Listing New York and the property got exposure on You Tube with a potential audience of millions around the world. If Mary C’s career takes off–as it should because she is simply an amazing singer– there might even be the cachet of owning the property where the video was shot. That could appeal to some buyers (though at that price-point, one would think this wouldn’t play a huge role in the decision to purchase).

As it turns out, my wife informs me, the property did indeed sell on a later episode and the buyer had first seen it in the video so the overall strategy was a success.  Does this mean everyone should shoot a music video to sell their house?  Probably not.  But a video showing people using the space in a variety of ways might help market the house better than a generic room by room, pan from left to right, property video. 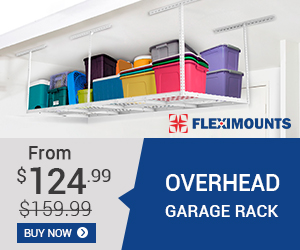