Four mistakes that cost us over a hundred grand

We have lived in our current house for a decade during which it has drained our finances and our sanity. A few cosmetic details have opened up to reveal major structural problems, many of which were the result of bad DIY by the previous owner (or people he hired). Conservatively, we will end up spending as much on repairs and upgrades as we spent on the house in the first place. That’s about three times as much as we expected to spend when we bought the house.

This house has been a true money pit. As much as I like to blame the previous owner for butchering the house, the truth is we should have run in the opposite direction. We made four major mistakes when deciding to buy this house– four mistakes that will cost us close to $200,000, half of which we never expect to recover when we sell.

Mistake #1:  We bought on emotion

On paper, the house had everything we wanted (except a garage, which I planned to have built later that year): a huge yard (over half an acre) next to conservation land, a kitchen with built-in dishwasher, two bathrooms including an en suite with a large sunken whirlpool tub, spacious bedrooms, finished basement, fireplace. In fact, the yard was what sold the house for us.  It was love at first sight.

We did not look at the house objectively.  We ignored obvious warning signs.

The electrical and plumbing issues alone should have been enough to deter us– had we not already fallen in love with the property.

This applies to any home improvements. The cheap always comes out expensive (to quote Judge Marilyn Milian of The People’s Court). We were searching for our “forever house.” What would happen if we found our perfect house and the inspection revealed enough problems that we would withdraw our offer? During our search we might potentially make offers on several houses and possibly pay for several inspections before finding the house that suited us. So instead of paying for a complete home inspection, we hired a former home inspector to do a walk-thru with us for much less money. Our thinking was that we might be calling on this guy to look at several houses with us.

Hindsight is always 20/20. Even if we paid thousands for proper home inspections before finding the right house, we could have saved tens or hundreds of thousands in the long run. At the very minimum, we should have got a second opinion by paying for a full home inspection on this house.

We knew when we bought the house that it needed a new roof. We knew that the electrical and plumbing needed to be cleaned up. What we didn’t know was how much the repairs and improvements were going to cost us. That would have been useful information.

Plus we didn’t account for other associated costs. What looked good on paper came with a price tag. For example, we imagined the ideal vision of a house in the country. We didn’t consider the longer drives to work, which require more fuel. We dreamed of a larger house with more space. But a larger house costs more to heat in the winter and cool in the summer.

These additional costs obviously impacted our cash flow leaving us with less money for repairs and improvements.  We also underestimated the cost of the new roof, which ate up most of the equity we had set aside for my garage.  Ten years later, we still don’t have a garage.

Mistake #4:  I overestimated my abilities as a Do-It-Yourselfer

As we walked through the house, all the repairs seemed to be within my abilities as a DIYer. After all, I had just completed a total basement renovation in our other house and I was feeling pretty cocky. Whatever I didn’t know how to do myself, I assumed that I would be able to teach myself. I thought I would be able to handle whatever the house could throw at us.

Turns out that I was wrong.

I had never considered the possibility that maybe, just maybe, there might come a point where I would simply be out of my element as a do-it-yourselfer and NEED to call in professionals.  Damn my cockiness. The budget for professional repairs and renovations is considerably higher than a DIY budget.

It is clear now that we should have run in the opposite direction.  But we didn’t. And now we can’t.  So here we are ten years later trying to save enough money for another major renovation hoping that we can finally have a house that we can fall in love with again. 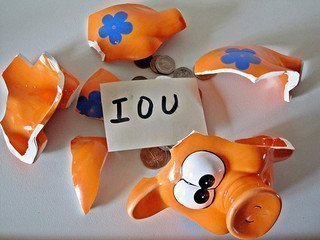 Where did our money go? 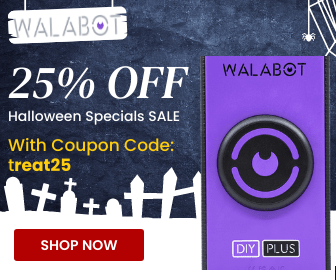