About three weeks ago, the contractors installed the new living room picture window and promised to return to take care of their final odds and ends. And true to their word, they did indeed come back.

In a flurry of activity, they grouted the kitchen backsplash and installed under-cabinet lighting.  They removed and replaced some cracked grout in the bathroom and hallway.  Additional structural reinforcement was done in the basement to address the possible cause of the cracked grout.  Popcorn texture was applied to the living room ceiling and a leaking window at the stair landing was addressed.

We had waited over six months for what took the contractors eight hours to finish.  But at least during that six months, we were able to rebuild our cash reserves.  Because we were paying time and materials, we were not sure exactly what these finishing touches were going to cost.  That question mark has been removed. The cost was much less than I had been anticipating, which is a very positive development.

There is still much work to do, however.  And I can no longer put things off  “until after the contractors come back.”  So it looks like I need to reawaken my passion for DIY which has been dormant for the last couple of years and finish the following: 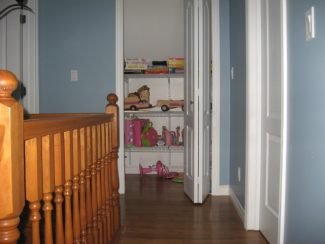 The sweet siren song of DIY