We have bucked the trend and returned to a land line for our home phone service.  The experience has reminded me why we decided to leave our local phone company in the first place.  And while our situation may have been unique, the source of frustration is universal.  The left hand doesn’t know what the right hand is doing. Here is what happened to me:

I called the phone company to express our interest in returning as customers, but only if they installed a new cable. Our old cable had at least two splices and call quality was horrible in wet weather.  I don’t know if I was speaking to someone locally, someone in a large city many miles away, or someone at a call center who-knows-where.  It didn’t matter so much in this case– they connected me to someone from our local engineering department.

The engineer came out to take a look at our layout.  I questioned him about the large tree in our front yard and if it posed an obstacle. He didn’t think it would. We decided that it would be best to run the cable up the utility pole at the corner of our yard and go overhead to the house.  I especially liked that idea since we are going to be digging around the foundation of the house in a couple of years.  Plus I wouldn’t have to worry about damaging the cable if I did any landscaping.  The engineer said that he would draw up a report indicating this plan.

I called the phone company and ordered the new hookup, conditional on a new phone cable being installed. I explained that the engineer had been out to check out our situation.

The phone company came out and hooked up our old cable.  I asked the gentleman about the new cable. He said that there would have been a repair order and the new cable would be installed later. This was the first I heard of this. I had assumed that they would install the new cable at the same time we were reconnected.  He was not personally aware whether such a repair order existed.

Another company came out to do the utility locates.  As the gentleman was marking out our yard, I mentioned to him that we were planning to go overhead with the cable.  He said that had nothing to do with him. He was only doing his job as instructed.

This morning the company subcontracted to do the actual installation knocked on the door and told my wife that they were going to be installing the new cable.  My wife woke me up immediately, but by the time I got outside, they were already loading the trencher back on the truck.  To my dismay, they had run the cable underground.

I have no doubt what happened.  Everyone was working off of the work order from when I originally asked for the phone line. The local engineer’s order– if he created it at all– somehow got lost in the shuffle.

The end result of all this is that I, as a customer, did not get exactly what I wanted.  And that to me is the most frustrating part of this whole experience.

Why won’t they listen?

This is the same phone company that kept calling us, trying to sell us a DSL internet connection. I told them repeatedly that one of their local technicians tested our line nine years ago and determined that phone line was unable to receive a DSL signal. Yet they continued calling.

This is the same company that has called us constantly trying to lure us back. And each time, I would request that they remove us from their calling and mailing lists. But the calls kept coming.

Is this a company that doesn’t listen to their customers (as their reputation suggests)? Or is it simply that they can’t hear?  But for better or for worse, we are back with them.  For now.

After the initial hookup, we discovered a problem with our voice mail.  Callers were not getting our mail box, but were instead directed to the system’s 800 access number.  My wife called about the problem. The technician walked her through changing certain settings, implying the problem was on our end. But that did nothing. I called later and the gentleman I spoke to tried to reset the system on his end.  When that failed, he turned our voice mail off and said that a technician would take care of it the following day.

That was on a Thursday. That Sunday, a technician called to say that she was going to fix the problem for us. She called back less than fifteen minutes later to let us know that she had resolved the issue. We waited three days for a fix that took less than fifteen minutes. This is the sort of service that drives people from a company rather than lure them back. Why can’t they seem to figure that out?

Not the only offender…

My wife’s cell phone provider arbitrarily changed their contract converting one of the primary “free” features of her plan into a paid feature.  The fine print on the contract says they can do that. Unbelievable.

Complaints are common against “the phone company”, whether local land line or wireless mobile.  With the amount of competition you would think that customer service would be top-notch. Every company should be striving to exceed every expectation to attract and keep customers. Unfortunately, in my experience, that doesn’t seem to be the case, and I doubt it ever will be. 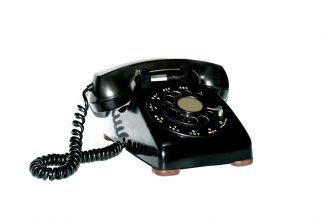 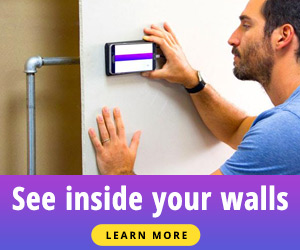 Online Interior Design Competition at Planner 5D.
Weekly challenges and prizes
Planner 5D - Floor plans and interior design
Save up to 50% on A La Maison at DecorativeCeilingTiles.net! Offer ends 5/31.