The Attic Renovation: Drywall and Mud

It was my own fault for taking so long with the electrical, but what was a four month delay on my end turned into an additional 6 month delay on the contractor’s end.

Once he started hanging the drywall, there was a real sense of how the finished space was going to look. There was a lot of drywall and plenty of weird angled cuts. It took the contractor and his helper a few days to sheet-rock the entire second floor.

They applied the first coat of mud about a week later. After six days of work, multiple coats of mud, and many hours of sanding, the contractor was finished. However, the attic was far from finished, still needing paint, trim, flooring, doors and lights and plugs.

While I primed and painted the drywall, it would be another 3 years we could completely finish the attic. The house had some structural issues that we needed to address first. And since we were hiring contractors anyway, well, they could install the floor and trim and doors. That was part of The Major Renovation of 2009 but you can see the finished product by following the links below. 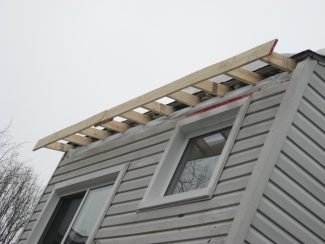 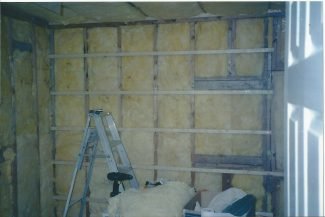 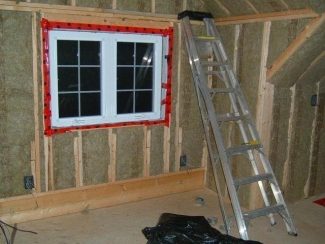