Addition and Garage: The beginning

We have begun the process for our long awaited addition re-build.  We are working with the same architects involved in the major renovation of 2009, but the dynamics are going to be different this time around.  I will explain how and why in this post.  We are working on the drawings now.   I am confident that this is the year that everything is finally going to happen.

Back in 2008-2009, we worked with an architect to restore the structure of the original house. The previous owner had done some renovations that damaged and compromised the structure. This architect was someone my wife had regular contact with in her job.  He not only worked on the design of the project, but also functioned as a project manager.  And he did this mostly as a favor, not charging us his usual fee of 5% of the project cost.

This time around, we wanted to use his services again, expecting to pay his regular fee in exchange for his regular services.  Those services include preparing the drawings, putting the project out to tender with multiple contractors submitting bids, handling the permits and overseeing the contractors and finances of the project.

However, that is no longer possible.   Last summer, his small company merged with a major architectural firm. That firm is busy with much larger, multi-million dollar projects.  They simply won’t take on a project as small as ours. And while our architect was able to keep his current clientele at the time of the merger, he is unable to work with us this time around. He is essentially semi-retired and he is winding down his work load.

His former employee is now an employee of the larger firm as well.  A talented architect in her own right, she is helping us out by preparing the drawings for us on the side. She was heavily involved with our renovation in 2009 and knows our house inside and out. She took the initial measurements and prepared the original drawings and helped tweak those renovation plans. We are thrilled to be working with her.

So our new architect will still be able to consult with our old architect. Both of them will also help us out by offering advice, assisting us when we apply for the necessary variance and recommending contractors.  But they won’t be project managing.  That will be up to us.

Where we are now and how we got here

In 2009, we had most of the original house renovated.  At the time, that project was “phase one.”  The addition and garage were going to be “phase two” to be completed a year or two later.  However, we ran out of money after phase one. We estimated that it would take us about five years to be able to afford phase two.

In May 2011, we learned that our addition currently violates required setbacks. With the existing addition, we simply don’t have room for what I had been envisioning. Bottom line was that we will have to do the addition and garage at the same time. Plus we would require a variance to allow the construction.

The architect presented us with a couple of very rough sketches of what we could do.  Sketch one featured an attached garage, which we dismissed almost immediately.  The second sketch incorporated the features we wanted: detached garage, family room with mud room entrance and home office. But everything was downsized from what we expected.

In 2014, we expressed our desire numerous times to start working on the drawings.  We were hoping to begin construction in either the spring or fall.   “Too busy right now” and “when things settle down” were the typical responses.  It was understandable, what with the workload of the new firm and all.

January 15, 2015, I sent an email indicating that we intended to do the construction this year. We wanted to get the ball rolling on the plans as soon as possible so we could arrange financing. I half expected to hear “sorry, but we are unable to work with you. I was prepared to explore other options.  But this was not the case.  We arranged to meet. This is going to happen.

We exchanged a couple of emails and finally my wife and I met with the architect on February 6.

Remember, we have a site plan, indicating where we can build.  We also have a rough sketch of the addition and garage.

I have a list of what we want to accomplish with this project.  Beyond the construction of the addition and garage, there are numerous other details that we want to address at the same time. Some of the brick on the original house needs re-pointing. There are problems with crumbling grout in the tile that the contractors installed in 2009. We hope that whoever works on the addition will be able to also fix these other issues.  It will be up to us to negotiate these items with the contractor.

A few months ago, my wife and I discussed what we wanted in the addition.  I had suggested that instead of trying to squeeze the office in on the main floor, we could put the office plus a separate guest room in the basement under the family room.  That would be much better than having a guest bed crammed into the office like we do now.  Also, we want to have a staircase to the basement from the family room similar to what we have now, only up to code. This would be in addition to the main stairs at the back door.

At the meeting, my wife appeared to have completely forgotten about this discussion and that led me to express some frustration.  Arguments, disagreements and stress are to be expected with such a major project, but this moment happened within the first five minutes of the meeting.  Not the best start.

The architect suggested we consider putting in a powder room off of the family room.  We hadn’t even thought about a bathroom, but if we were to put a bathroom in, I suggested it would be more convenient in the basement between the two new rooms. And if we had the second staircase, we could easily get to it from the family room.

We also discussed the orientation of the room.  Again, the architect’s vision differed from mine.

By the end of the meeting, it seemed that there was more disagreement than agreement and that my wife and I weren’t even on the same page.  It was clear that we had a lot more to discuss. The architect said she would work on a few ideas.

On February 23, we received an email with 8 attachments.  Wow.

There are three different main floor plans, a basement plan, plus drawings of the front, side and rear elevations and a roof plan.  The floor plans are basic, showing the location of windows and doors and major fixtures (like the fireplace, stairs, and the tub, toilet and shower in the bathroom) plus possible furniture placement.  None of the plans are perfect, but we selected one to use as our baseline.  It features the fireplace and television between two sliding doors that offer the backyard view we want.  There is also a staircase leading to the basement.  The guest room, home office and bathroom are located in the basement of the addition.

I sent an email the next day with our decision plus a list of about a dozen questions, clarifications and desired modifications.  I was worried that such a list would be overwhelming and make me seem difficult to please. Maybe I am. But I figured that having as complete a list as possible would lessen the possibility of future incompatibilities.

We exchanged more emails on the 25th.  We need to have enough room for a dining area in the addition. The footprint may change again.

Because we are a “side project,” I am not sure how long it will take before we see more drawings.  So for now we wait…. 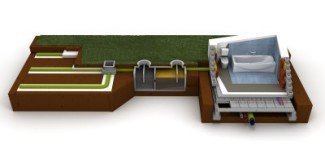 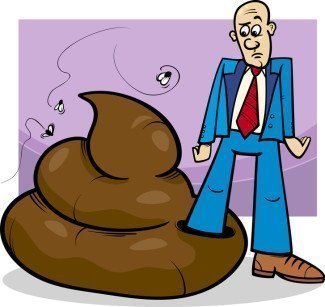